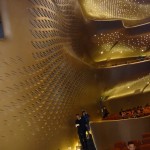 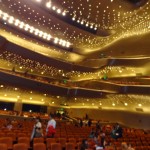 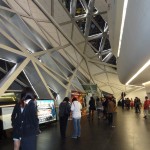 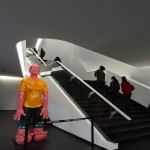 How I love the Bling, Bling, and more Bling … Cantonese style.

For years, Guangzhou has been known as the city of wealth, but little culture, among the Chinese (especially those up north). The theory is: the farther from the central government, the better for business.  Accordingly, this is  the job description of city mayors, so I’ve heard on the streets of Beijing:

How this theory could apply to art making today, I don’t know.

* Tianjin is well known for the quality of its public housing – perhaps a result of its past as a western concession. The rich classical architecture has been little threatened by growth, the city being in the shadow of nearby Beijing. Here even the ultra-utilitarian communist buildings have a little more grace than most in China, or many other countries.